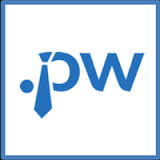 DUBAI, United Arab Emirates - The .PW Registry today announced that more than 50,000 .PW domain names were registered in just 3 weeks since the beginning of its General Availability phase.

"Our goal was 100,000 names for the first year. Considering that no competing extension had come anywhere close to achieving 100,000 names in the first year, it was a goal that most considered ambitious. The feeling of achieving 50% of the goal within the first three weeks is surreal. The team put together and executed a brilliant marketing plan. We are eagerly looking forward to leveraging this experience for our new gTLDs", said Bhavin Turakhia, CEO, .PW Registry & Radix Registry.

.PW also bagged some respectable premium name deals with two single character names going for $8,000 each. The company now intends to release all its reserved premium names through BIN sales at BuyDomains and themed auctions at NameJet.

Roadrunner Domains
Roadrunner Domains sells domain names starting at just $1.99 loaded with free extras! We have friendly and professional 24/7 sales and support staff ready to help you with your domain and hosting needs.